More Than 45 Years in the Entertainment Industry 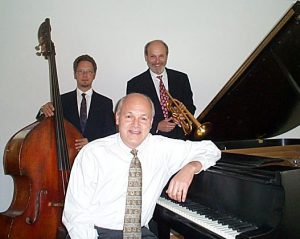 In business continuously since 1975, Ned Kantar Productions has earned a reputation for integrity among clients and performers alike. During that time, Ned Kantar has developed a network throughout the entertainment industry that allows you to directly purchase talent at the lowest cost.

Kantar’s background also includes an M.A. in Music Education from the University of Minnesota, 45 years as a performer, and over 45 years as an educator at local public schools, community colleges, and Augsburg College.

or 25 years until his passing in March, 2004, our vocalist was Jim Mitchell. Mitch was also the featured vocalist at hundreds of University of Minnesota concerts, convocations and athletic events for 35 years. With his uncanny ability to communicate, Mitch could control an audience from the palm of his hand, whether in an intimate club of 25 listeners or a stadium filled with 65,000 fans. His unsurpassed emotional delivery ignited listeners. It’s our hope that you enjoy our album featuring Jim Mitchell as much as we’ve enjoyed performing some of the world’s greatest music.